What The Feds Want You to Know About Me! 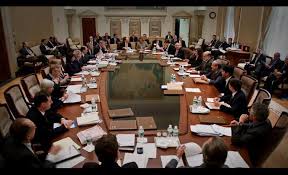 Well, the supposed “most important Fed meeting this YEAR” per CNBC is over and the result…”meh..”.  For those not aware, the recent run up in US Treasury rates (and thus Mortgage Rates) was primarily due to investor expectations of a change in the stance of Monetary Policy as directed by the Federal Reserve.  In reality, it was really about 2 words “considerable time”….can you believe that?  The stock market and bond market were “up in arms” about two words!  Well, the two words, which most anticipated would be removed from the Fed policy statement, weren’t removed.  So, the run up in Interest Rates was assuming these 2 words were going to be removed from the statement.  It will be interesting if rates begin to move down since the market received what it did not expect.

Why are those 2 words important?  They are important because they focus on the time expectation that the Federal Reserve will begin to remove the ultra-easy monetary policy.  You know, the policy that has driven interest rates down to historic lows for the past 6 years.  Most market participants expect the Fed to begin hiking the Fed Funds rate in mid 2015.  However, leading up to this meeting, many thought, due to the OUTSTANDING economic progress we’ve recently made (sarcasm) would cause the Federal Reserve to move a bit more quickly than they communicated in their last meeting (FYI, the Federal Reserve meets 8 times per year).  In the end, the Fed kept to their last statement and kept the “considerable time” verbiage in their statement.

What can we expect on a move forward basis?  I still think we are at an inflection point in rates.  Currently, 10 year Treasury is still sitting at ~2.600%.  In my last commentary, I advised that you may see the 10 year spike to around 2.65%, which it ironically did!  Since then, it’s moved back down into the ~2.58-2.60 range.  If rates are going to move down, they will need to move down very soon.  Else, we could be reversing the downtrend in interest rates that we’ve seen since the beginning of the year.  One positive (well, not really a positive to the economy, but a positive for lower rates) was the absolutely atrocious CPI # that was released earlier this morning.  Remember, the Federal Reserve uses Monetary Policy to affect two outcomes (obtain maximum employment AND keep inflation at its long term target of 2%).  The CPI (Consumer Price Index) is a measure of price for a fixed basket of goods.  This measure is recorded each month for the same goods (e.g. House, clothes, food, gasoline, oven, etc.).  Then, each measure is compared to the previous month and previous year to see if we are witnessing an increase or decrease in prices paid for those goods.  Ideally, we want to see some inflation, and according to the Fed, they want to see 2% year over year increase in prices paid for a set of goods.

So, back to the CPI # reported this morning.  Core CPI actually posted a number that’s the lowest in 4 years.  So, if inflation is one outcome the Fed focuses on, and data indicate that inflation, or lack thereof, is not growing at its targeted 2% growth rate, we may actually see future Fed statements that become more accommodative, which is a positive for interest rates.  No inflation is actually bad and the Federal Reserve will act to make sure we get inflation.  The way to do this is with a low Fed Funds rate and possibly additional QE measures…we shall see!

I'm a loan officer who LOVES to educate real estate professioanls, financial advisors, attorneys, and homeowners with the ever-changing mortgage landscape. View all posts by accordingTOcole